Initially a student of law, he later studied medicine at the University of Heidelberg (1830–31), where his instructors included Maximilian Joseph von Chelius and Franz Naegele. He then continued his education at the University of Jena, and received his doctorate in 1833 at the University of Göttingen with the thesis "''De lithogenesi praesertim urinaria''". Following an extended study trip to Prague, Vienna, Berlin, England and France, he obtained his habilitation at Jena in 1835.

In 1873 he founded the ''Gynäkologische Gesellschaft'' (Gynecological Society) in Berlin. His "''Hand-Atlas der Gynäkologie und Geburtshülfe''" was later translated into English and published as: [https://archive.org/details/atlasofobstetric00mart "Atlas of obstetrics and gynaecology"] (1880). Provided by Wikipedia
1 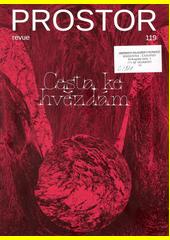